What is Reference-Based Pricing (RBP) in Healthcare? 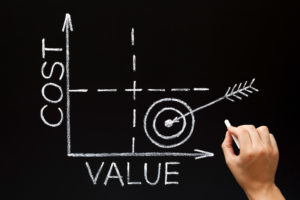 Reference-based pricing (RBP) is an alternative to traditional pricing that generally stabilizes and/or reduces the cost of claims.

As an employer, the cost of your employees’ healthcare claims play a critical role in the prices you pay to offer them health benefits. But understanding the true cost of a healthcare claim can be a challenging task. Traditional insurance carriers offer plans for a fixed monthly fee that is inflated and opaque.

RBP gives more clarity and stability to the cost of claims, but it’s relatively unknown as an option. Only 2% of employers in this study said they currently use reference-based pricing, in fact.

This article explains what RBP is. Read on to learn how it differs from traditional healthcare pricing — and how your business could save money using RBP.

Reference-based pricing is a pricing model that pays claims based on an established benchmark, rather than based on a carrier-determined fee. This means employers’ healthcare costs are set based on reference prices, not arbitrary markups from carriers. RBP is most commonly used in self-funded health plans.

Benchmarks  that reference-based pricing may use in setting healthcare claims could include:

How Is Reference-Based Pricing Different from Traditional Healthcare Pricing?

Isolating the true cost of claims can be difficult at best on a fully funded plan.

Related: See how fully funded plans differ from self-funded ones.

Reference-based pricing sets claims costs based on established benchmarks such as Medicare prices.

RBP is most commonly used in self-funded plans where employers are paying their own claims instead of paying a carrier a fixed fee to handle their claims. In the self-funded model, the employer has a huge incentive to keep payments to providers under control. RBP’s use of industry-standard benchmarks helps employers gain visibility and into the prices they pay for healthcare claims and generally reduces the cost of claims. Self-funded plans also allow employers to save money by avoiding carrier markups.

How Does Reference-Based Pricing Save My Business Money?

Reference-based pricing can lead to cost savings for employers in two ways.

RBP’s established benchmark is often the Medicare reimbursement rate. An RBP price could range from 120% to 170% of Medicare pricing, based on the service. For context, many hospitals bill fully insured employer plans about 250% of Medicare reimbursement rates — and that’s after applying the carrier’s “discount.”  But why do carriers let their negotiated rates get so much higher than Medicare’s pricing?

To understand that, we need to understand the second driver of savings – alignment of incentives. Traditional health insurance carriers are actually incentivized to increase claims costs — something they’re obviously at odds with employers about. This is because the Affordable Care Act mandated that carriers spend at least 80% of premiums on medical claims, in an effort to cap profits and reduce premiums.

Since carriers can only grow profits by covering more lives or increasing the average cost of claims per life, they have no incentive to push back against providers increasing the prices for their services each year.  As the cost of claims (the 80%) goes up, the  carrier’s remaining 20% profit grows accordingly. Employers are at the receiving end of these increases.

Self-funded plans remove the at-odds incentives, as the employer is paying the claims and the premiums (to themselves).  Referenced-based pricing provides an efficient way for those employers to arrive at fair pricing without creating contracts with every provider their members want to use.

Interested in using reference-based pricing in your health plan? Find an insurer that uses RBP to minimize your healthcare costs. 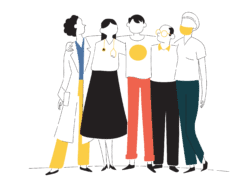 What is an Open Access Network in Health Insurance?
“Can I continue seeing my doctor?” is one of the first questions emplo [...] 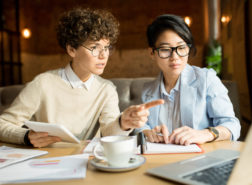 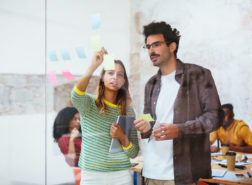 Understanding Self-Funded vs. Fully Funded Health Insurance
When offering health insurance to employees, one of your first decisions i [...]